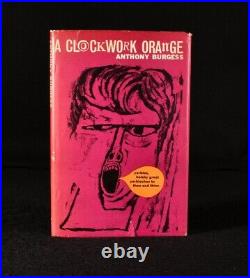 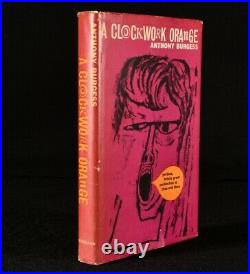 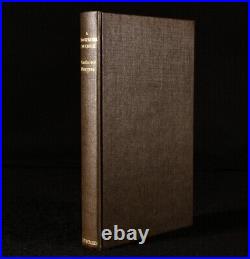 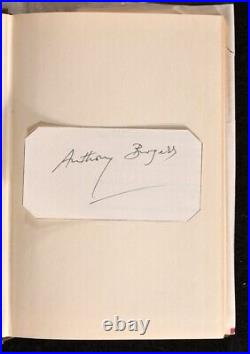 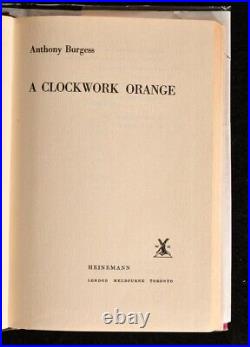 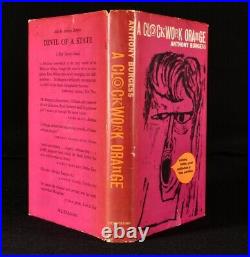 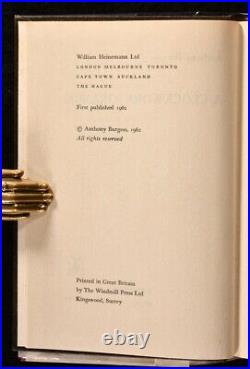 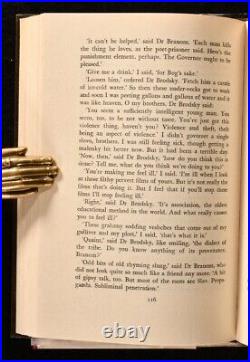 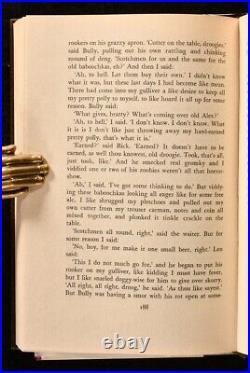 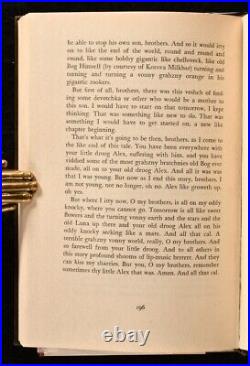 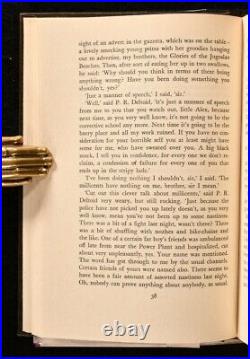 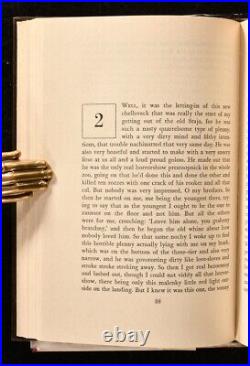 A first edition, first issue of this canonical novel. A novel known for its use of'Nadsat' slang, and many time a contentious read, having been censored in some schools and libraries in the United States. Hailed as an dystopian, sci-fi, satirical, black comedy; this novel explores many genres. The teenage protagonist Alex narrates his violent exploits and experiences. Time Magazine regarded this work as on the list of 100 best English-language novels written since 1923. Burgess' novel was later adapted into a dystopian crime film by Stanley Kubrick. Signed by Burgess to a loosely inserted leaf. With the original unclipped dustwrapper, which is the first issue with the extended flaps. A lovely, very scarce example of this important literary novel.

In the publisher's original cloth binding. Externally, this work is in an excellent condition. Just some minor bumping to the head and tail of spine.

A few small closed tears to the head and tail of wrap. Small chip to the head of rear joint. Light scattered spots to the fore-edge, not affecting pages.

Some more serious faults as will. Be described in the condition report under'condition. Good Only - Meaning one or more faults that could really do with repair. As with good only above but with other faults. Leaving a compromised copy even after repair. Really bad and possibly seriously incomplete. We only sell books in this condition where their rarity or value makes them. Major defects will be described. Please ask for details and conditions. Please note we cannot accept USD cheques. This item is in the category "Books, Comics & Magazines\Antiquarian & Collectable". The seller is "the-mad-librarian" and is located in this country: GB. This item can be shipped worldwide.