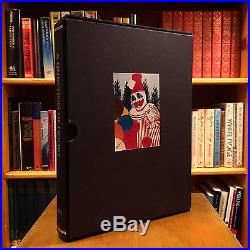 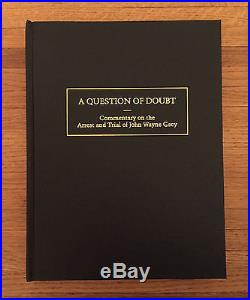 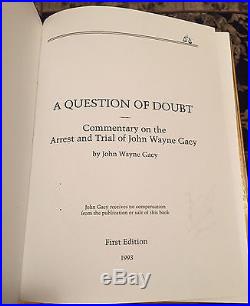 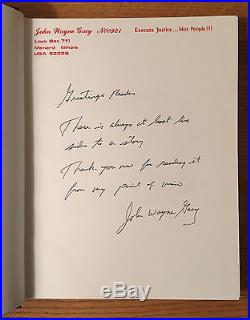 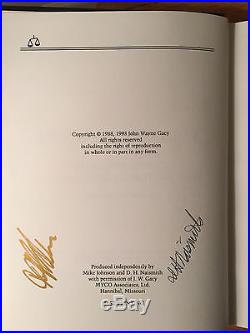 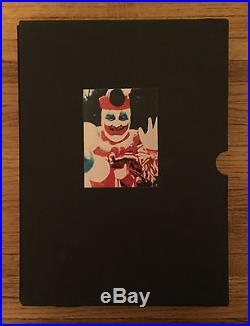 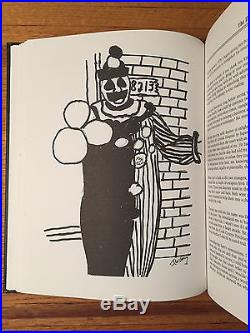 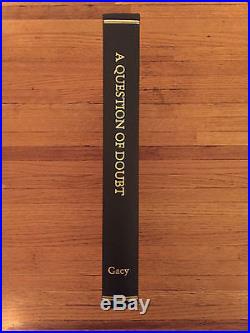 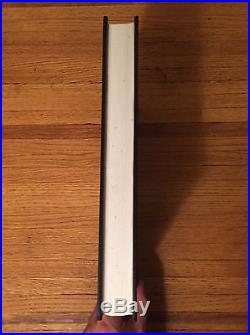 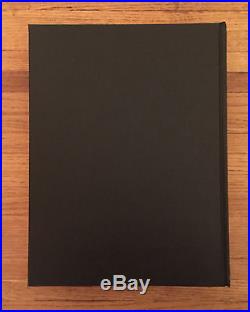 A Question of Doubt: Commentary on the Arrest and Trial of John Wayne Gacy, by John Wayne Gacy. First Edition, First (and only) Printing with an inscription from Gacy following the Contents page.

Also signed by Mike Johnson and D. This book was intended to be published in a print run of 500 copies, but less than 400 exist and the actual number is unknown. Of those printed, only about 200 have the slipcase, and about 80 were signed. The book tells the story of Gacy's trial and arrest from his point of view, and includes many of his drawings.

A Near Fine copy in the original slipcase, which has a Gacy clown painting on one side and Gacy in is his clown outfit on the other. A bit of speckling to the edge of pages from publishing and minor rubbing to slipcase.

The item "A Question of Doubt, John Wayne Gacy. First Edition, Signed by Gacy" is in sale since Wednesday, January 20, 2016. This item is in the category "Books\Antiquarian & Collectible".