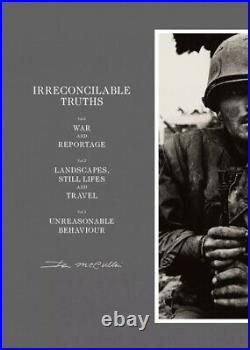 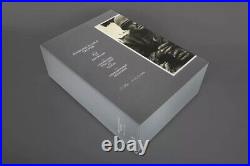 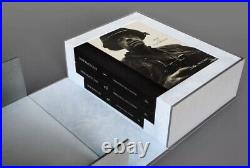 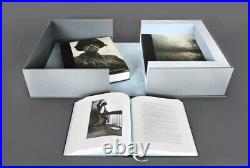 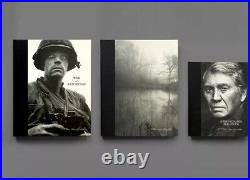 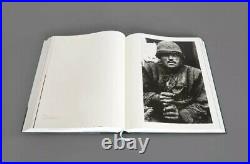 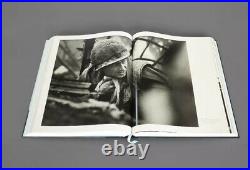 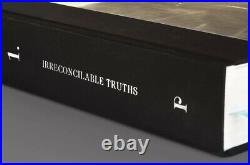 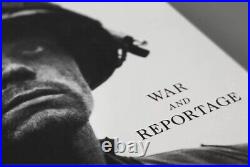 IRRECONCILABLE TRUTHS by DON McCULLIN (SIGNED LIMITED EDITION). Irreconcilable Truths is the new Limited Edition three-volume boxed retrospective of the life and work of Don McCullin, one of the 20th Century's greatest photographers. The three books comprise almost 1500 pages of print and more than 700 of his most iconic photographs and previously unpublished images curated by Don and reproduced from vintage or wholly new prints made in his own darkroom. A limited edition of 1,000 numbered copies, Don has personally overseen every aspect of its production from the photo edit through to press and has signed every copy as a mark of authenticity.

Volume 1: War & Reportage. The largest collection of Don's journalism ever published, and printed to unprecedented standards with Don's full oversight. This volume features his most iconic photographs as well as previously unseen images.

It includes his most recent, and possibly last ever war photography taken in October 2015 covering the Kurdish militia's frontline with ISIS in northern Iraq. Volume 2: Landscape, Still Lifes & Travel. A series of photographic essays that collects Don's acclaimed chronicling of the English landscape; his beautifully constructed still lifes; travels through Africa, Indonesia and India (including all-new photography shot as recently as March 2016); and his record of the Roman Empire's'Southern Frontiers', much of which is currently under threat of destruction by ISIS. Don's acclaimed autobiography, originally published in 1990, now specially updated to take into account his life and career since. Fully illustrated throughout with rare photographs and items from Don's personal archive, it provides fascinating context to the extraordinary breadth and depth of his work.

This item is in the category "Books, Comics & Magazines\Books". The seller is "piptypop" and is located in this country: GB. This item can be shipped to United Kingdom.