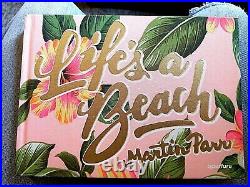 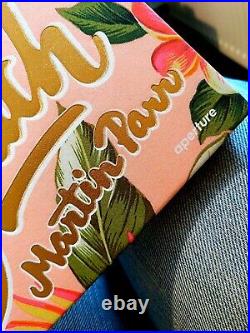 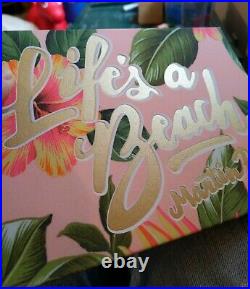 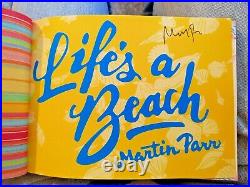 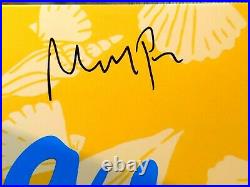 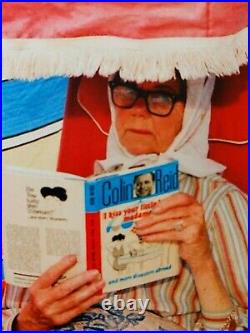 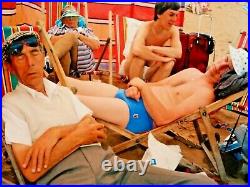 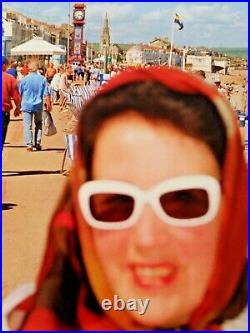 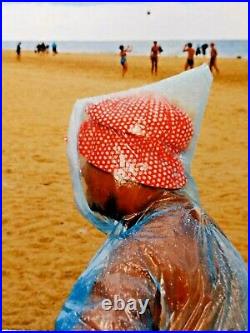 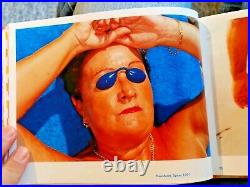 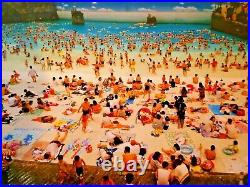 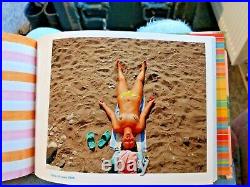 Following on the heels of Martin Parr's limited-edition, album-style presentation of Life's a Beach, released last season, Aperture is delighted to introduce a new beach-bag-sized edition. Parr has been photographing beaches for many decades, documenting all aspects of them, including close-ups of sunbathers, rambunctious swimmers caught mid-plunge, and the eternal sandy picnic underway. His international career, in fact, could well be traced to the launch of The Last Resort, a 1986 book depicting the seaside resort of New Brighton, near Liverpool.

What may be less known is that this obsession has led Parr to photograph beaches around the world. This compilation, his first on the topic, presents photos of beachgoers on far-flung shores, including Argentina, Brazil, China, Spain, Italy, Latvia, Japan, the United States, Mexico, Thailand, and of course, the U.

The compilation brings to the forefront Parr's engagement with a cherished subject matter? That rare public space in which general absurdities and local quirks seamlessly fuse together.

This book shows Parr at his best, startling us with moments of captured absurdity and immersing us in rituals and traditions associated with beach life the world over. Martin Parr is a chronicler of our age. In the face of the constantly growing flood of images released by the media, his photographs offer us the opportunity to see the world from his unique perspective.

At first glance, his photographs seem exaggerated or even grotesque. The motifs he chooses are strange, the colours are garish and the perspectives are unusual. Parr's term for the overwhelming power of published images is "propaganda".

He counters this propaganda with his own chosen weapons: criticism, seduction and humour. As a result, his photographs are original and entertaining, accessible and understandable. But at the same time they show us in a penetrating way how we live, how we present ourselves to others, and what we value. Leisure, consumption and communication are the concepts that this British photographer has been researching for several decades now on his worldwide travels.

In the process, he examines national characteristics and international phenomena to find out how valid they are as symbols that will help future generations to understand our cultural peculiarities. Parr enables us to see things that have seemed familiar to us in a completely new way. In this way he creates his own image of society, which allows us to combine an analysis of the visible signs of globalisation with unusual visual experiences.

In his photos, Parr juxtaposes specific images with universal ones without resolving the contradictions. Individual characteristics are accepted and eccentricities are treasured. The themes Parr selects and his inimitable treatment of them set him apart as a photographer whose work involves the creation of extensive series. Part of his unusual strategy is to present and publish the same photos in the context of art photography, in exhibitions and in art books, as well as in the related fields of advertising and journalism. In this way, he transcends the traditional separation of the different types of photography.

Thanks to this integrative approach, as well as his style and his choice of themes, he has long served as a model for the younger generation of photographers. Martin Parr sensitises our subconscious - and once we've seen his photographs, we keep on discovering these images over and over again in our daily lives and recognising ourselves within them. The humour in these photographs makes us laugh at ourselves, with a sense of recognition and release. Martin Parr (born 23 May 1952) is a British documentary photographer, photojournalist and photobook collector. He is known for his photographic projects that take an intimate, satirical and anthropological[4] look at aspects of modern life, in particular documenting the social classes of England, and more broadly the wealth of the Western world.

Since 1994, Parr has been a member of Magnum Photos. He has had around 40 solo photobooks published, and has featured in around 80 exhibitions worldwide - including the international touring exhibition ParrWorld, and a retrospective at the Barbican Arts Centre, London, in 2002.

In 2019 he had an exhibition at the National Portrait Gallery, London - it was held in great esteem, with rave reviews from Time Out, Evening Standard, and The Daily Telegraph. Please look at my other items including rare modern and contemporary art and design pieces. This item is in the category "Books, Comics & Magazines\Antiquarian & Collectable".

The seller is "ashbinx74" and is located in this country: GB. This item can be shipped worldwide.