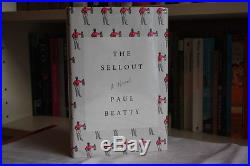 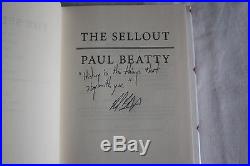 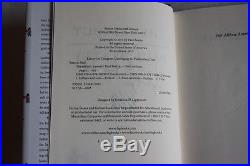 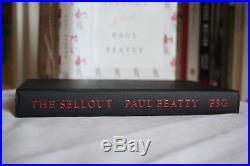 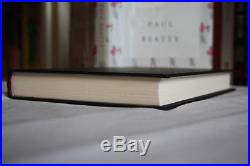 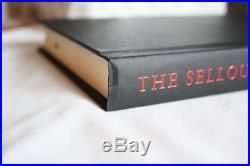 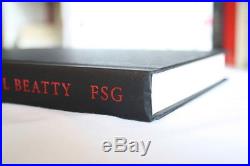 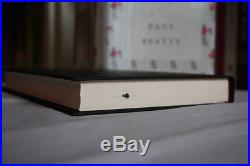 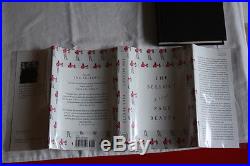 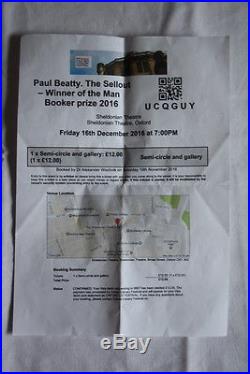 On offer the TRUE first edition, first printing of Paul Beatty's' The Sellout' published in the US by Ferrar, Straus and Giroux in 2015. The copy is SIGNED and LINED (' History is the things that stay with you'). Signed to me in person in Oxford on 16 December 2016. This is the scarce hardback original that precedes the UK paperback original by several months. Winner of the 2016 Man Booker Prize.

Condition: near fine in fine dust jacket. Flaws: Only the slightest of pushed to the spine ends. On the top page block edges there is a small remainder mark.

The remainder mark is not as big on other remaindered copies and also does not run deep into the pages. It would be possible to scratch this out but we do not tinker with any books. Most of the first editions were remaindered as initially the book was not a commercial success. The novel was rejected 18 times before FSG picked it up.

After Beatty won the prestigious American National Book Critics Circle Award sales soared and when the novel won the Booker sales went into hundreds of thousands on both sides of the Atlantic. The remainder mark is a testimony of the novel's struggling journey to find readership. Please get in touch asap!

Please check out my other collectible books on offer; thank you. The item "Paul Beatty (2015)'The Sellout', TRUE US first edition, SIGNED, LINED, Booker" is in sale since Saturday, December 17, 2016. This item is in the category "Books, Comics & Magazines\Antiquarian & Collectable". The seller is "firstandfine" and is located in Birmingham. This item can be shipped to all countries in Europe, to all countries in continental Asia, to United States, to Canada, to Australia, to New Zealand, to Mexico.