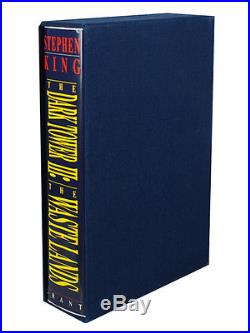 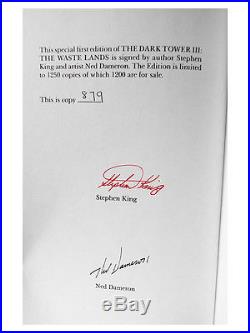 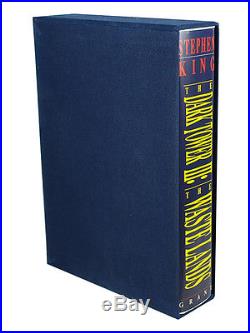 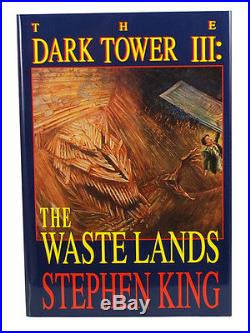 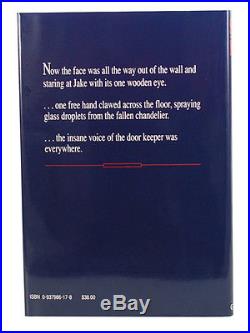 Signed Limited edition of only 1,250 slipcased signed and numbered copies. Signed by Stephen King and the illustrator Ned Dameron directly onto the limitation page.

This is number 879 of 1,250. A hardcover book with original dust-jacket and slipcase. Book Description The Third Volume in the Epic Dark Tower Series The Waste Lands In 1978, Stephen King introduced the world to the last gunslinger, Roland of Gilead. Nothing has been the same since. More than twenty years later, the quest for the Dark Tower continues to take readers on a wildly epic ride. Through parallel worlds and across time, Roland must brave desolate wastelands and endless deserts, drifting into the unimaginable and the familiar. A classic tale of colossal scopecrossing over terrain from The Stand, The Eyes of the Dragon, Insomnia, The Talisman, Black House, Hearts in Atlantis, Salems Lot, and other familiar King hauntsthe adventure takes hold with the turn of each page. Roland, The Last Gunslinger, moves ever closer to The Dark Tower of his dreams and nightmaresas he crosses a desert of damnation in a macabre world that is a twisted image of our own. With him are those he has drawn to this world: street-smart Eddie Dean and courageous wheelchair-bound Susannah. Ahead of him are mind-rending revelations about who and what is driving him.