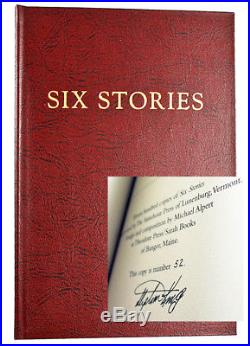 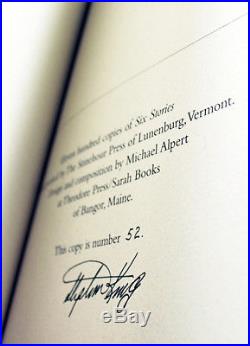 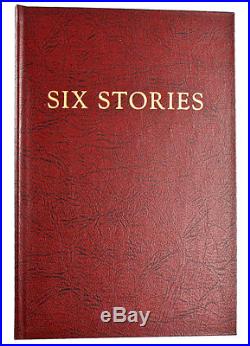 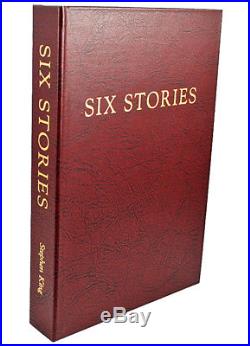 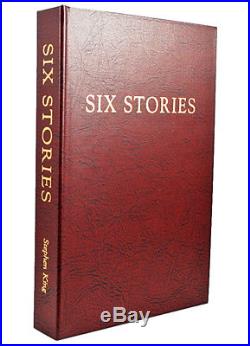 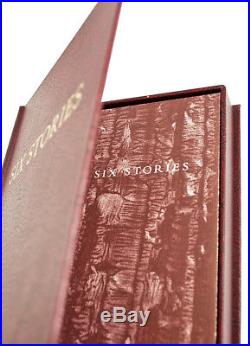 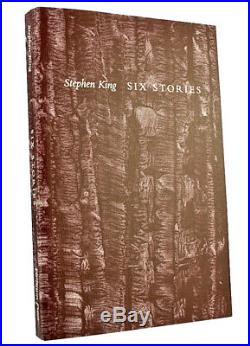 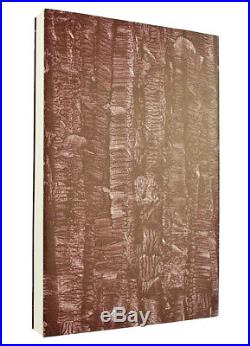 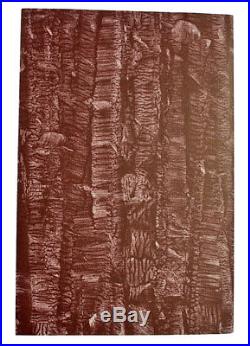 Few have survived in this condition, considering that this is a very fragile softcover book. This is a very low number 52. Stephen King "Six Stories" Signed Limited Edition number 52 of only 1,100. Bound by the Stinehour Press.

Cover art by Michael Alpert. Personally signed by the author Stephen King on the limitation page, towards the end of the book.

This is the Arabic numbered edition, with SIX STORIES, humbly printed across the top. One of only 1,100 produced and autographed by Stephen King.

This collection features first time appearances of stories or collects rare pieces for the first time. Produced with high-quality papers by the Philtrum Press publisher, Michael Alpert, who also produced the limited edition of Eyes of the Dragon, The Ideal Genuine Man, and The Plant. This is a thin trade paperback with a water-marked black cover, the words "STEPHEN KING Six Stories" humbly printed in white text across the top of the cover. Inside, the paper is of heavy stock and acid-free.

The last page, 199, contains the printing information, the book number and Stephen King's signature. A historical piece of King literature to own. The book has been free from fluorescent light, dust, liquid, or any other book contaminates.

This collection of six stories includes. Lunch at the Gotham Cafe. The Man in the Black Suit. This is the only edition of Six Stories, which was printed in the following states.