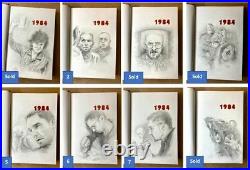 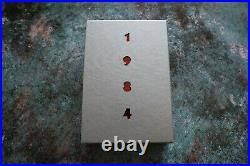 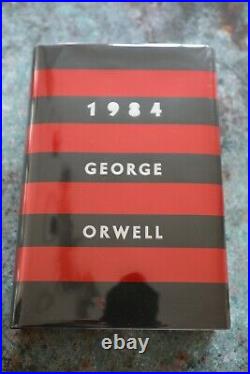 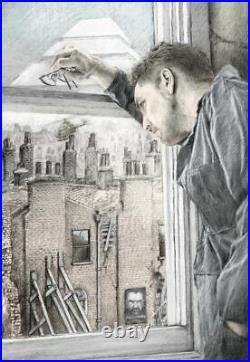 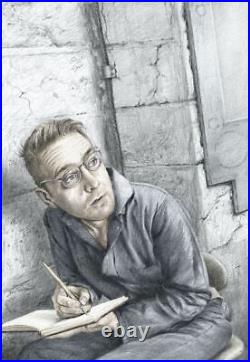 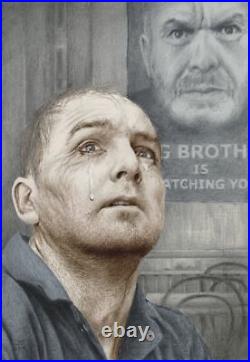 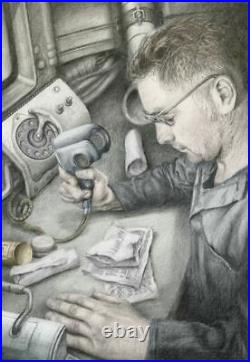 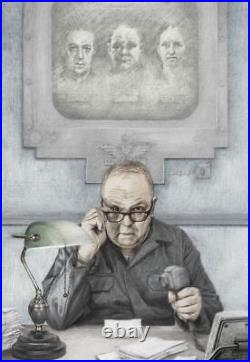 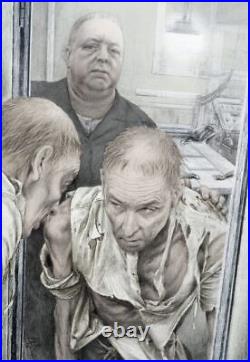 First Suntup edition, first printing - in new/unread condition and presented in a matching slipcase. Signed and hand-sketched with a very detailed original drawing by the artist Jim Burns. Originally published on June 8, 1949, George Orwell's 1984 is a dystopian masterpiece of tremendous influence and enduring relevance. Orwell's nightmare vision for 1984 is of a totalitarian world dominated by Big Brother and the Thought Police, which persecute independent thinking. Orwell's world is one in which the news is manufactured by the authorities, no one is free, and individuality is obsolete.

1984 was the ninth and final book George Orwell completed in his lifetime. Parallels have been drawn between its subject matter and real-life instances of totalitarianism, communism, mass surveillance, and violations of freedom of expression. The novel uses several terms that have entered common usage in the English language including Big Brother, doublethink and thoughtcrime. American literary critic Lionel Trilling said of Orwell's classic, 1984 is a profound, terrifying, and wholly fascinating book. It is a fantasy of the political future, and like any such fantasy, serves its author as a magnifying device for an examination of the present.

The novel has been included in Time magazine's 100 Best English-Language Novels, the Modern Library's 100 Best Novels, and on the BBC's list of the 100 Most Influential Novels. On January 25, 2017, the book broke new ground when it suddenly appeared at the #1 spot on Amazon's bestseller list, an unheard-of occurrence for a book published 68 years prior. Though the year 1984 now exists in the past, Orwell's novel remains an urgent call to become aware of the assaults on our personal freedoms, and to defend humankind's most precious right: the freedom to have our own thoughts. The Artist Edition is limited to 1000 copies and features a foil stamped dust jacket. It is a full cloth smyth-sewn binding with two-hits foil stamping over cloth boards.

It is the only edition of the three with the dust jacket. The book is printed offset, and is housed in a unique die cut silver paper covered slipcase. The edition is signed by Jim Burns. This item is in the category "Books, Comics & Magazines\Antiquarian & Collectable". The seller is "stepsarg_qfkro" and is located in this country: GB.