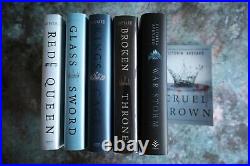 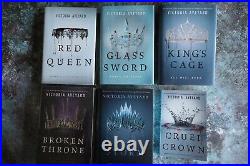 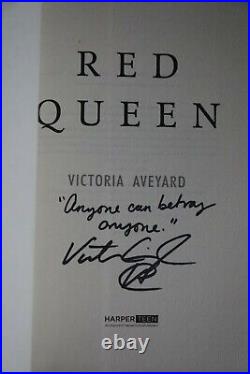 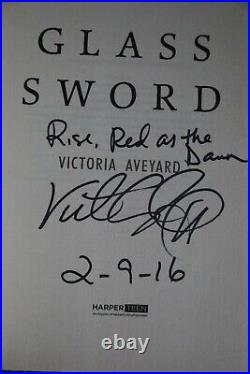 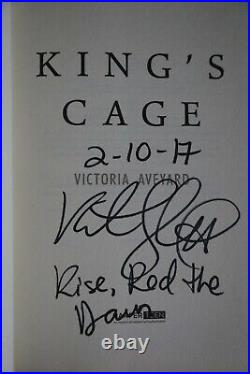 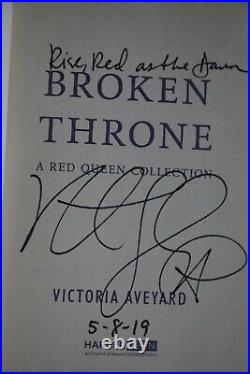 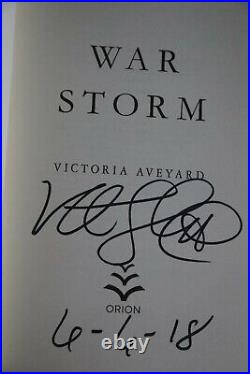 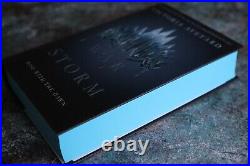 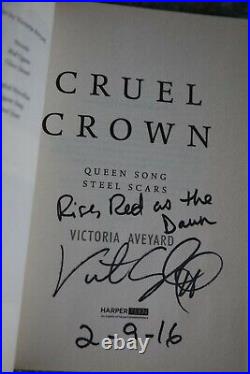 First edition, first printing hardback set - in new and unread condition. Includes a scarce spin-off edition of short stories in "The Cruel Crown". ALL EDITIONS signed by the author. Victoria Aveyard Red Queen Series 6 Book Set. The Reds are commoners, ruled by a Silver elite in possession of god-like superpowers. And to Mare Barrow, a seventeen-year-old Red girl from the poverty-stricken Stilts, it seems like nothing will ever change. That is, until she finds herself working in the Silver Palace. Here, surrounded by the people she hates the most, Mare discovers that, despite her red blood, she possesses a deadly power of her own. If there's one thing Mare Barrow knows, it's that she's different.

Mare's blood is red - the colour of common folk - but her Silver ability, the power to control lightning, has turned her into a weapon that the royal court wants to control. Mare Barrow is a prisoner, powerless without her lightning, tormented by her mistakes. She lives at the mercy of a boy she once loved, a boy made of lies and betrayal.

Now a king, Maven continues weaving his web in an attempt to maintain control over his country - and his prisoner. War Storm: TOUR EDITION WITH BLUE-SPRAYED EDGES. Mare Barrow learned this all too well when Cal's betrayal nearly destroyed her. Now determined to protect her heart-and secure freedom for Reds and newbloods like her-Mare resolves to overthrow the kingdom of Norta once and for all. Starting with the crown on Maven's head. The perfect addition to the #1 New York Times bestselling Red Queen series, Broken Throne features three brand-new novellas, alongside two previously published novellas, Steel Scars and Queen Song - as well as never-before-seen maps, flags, bonus scenes, journal entries, and much more exclusive content. Cruel Crown : Two new novellas.

Two women on either side of the Silver-Red divide tell the stories no one else knows. Queen Song - Queen Coriane, first wife of King Tiberias, keeps a secret diary - how else can she ensure that no one at the palace will use her thoughts against her?

Coriane recounts her heady courtship with the crown prince; the birth of a new prince, Cal; and the potentially deadly challenges that lie ahead for her in royal life. Steel Scars - Diana Farley was raised to be strong, but being tasked with planting the seeds of rebellion in Norta is a tougher job than expected. As she travels the land recruiting black-market traders, smugglers, and extremists for her first attempt at an attack on the capital, she stumbles upon a connection that may prove to be the key to the entire operation - Mare Barrow.