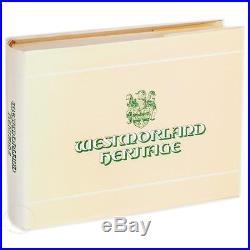 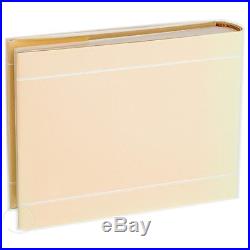 A First Edition, Signed and Numbered Limited Issue of'Westmorland Heritage' by Alfred Wainwright in Fine condition in a Very Good condition dust jacket published by Westmorland Gazette in 1975. One of the author's most important works. First Edition, Signed and Numbered Limited IssueBook edition identified by: Fawn boards signed and numbered 1 to 1000 in black. Dust jacket edition identified by: Laminated fawn with green and white decoration.

[References: Alfred Wainwright Illustrated Guide to First Editions by Linden Burke, reference 20]. Fine/Very Good: A very tidy copy which is SIGNED by Alfred Wainwright on the limitation page, in a tidy dust jacket. All notable faults: Dust jacket has two repaired closed tears, up to 25 mm (7/8 of an inch) long at the head of the upper panel and light to moderate fading on the spine.

Wainwright, Alfred Illustrator: Alfred WainwrightAlfred Wainwright (1907 to 1991)British fell walker, guidebook author and illustrator, best known for his seven-volume Pictorial Guide to the Lakeland Fells, the standard reference work to the 214 fells of the English Lake District, which are now known as'Wainwrights'. He also wrote and illustrated numerous other books on the Lake District, Scotland, Northern England and Wales including two of his other major works, Westmorland Heritage and Wainwright in Lakeland. Hardcover, Oblong Quarto (25-30 cm long). Xvi and 487 printed pages in publisher's original creme cloth with gilt'Westmorland Heritage' and'A Wainwright' on the spine, in dust jacket. Contains black and white illustrations and maps by Alfred Wainwright.

Walks from Ratty is the only true exception, published by Ravenglass and Eskdale Railway Company. The first printing was printed by the Westmorland Gazette (this later changed to Titus Wilson), but they never actually acted as the publisher. Note on identifying first editions: The Westmorland Gazette had no consistent system for identifying first editions. Most Pictorial Guide Series books have an impression number printed in them if they are later printings, although this practice seems to have been abandoned some time in the 1980s. First editions of other books can only be identified by reference to specific points on a book by book basis, with the published price being a common issue. Lists of other books in print found at the start of many titles were rarely updated after the early to mid 1970s and provide almost no assistance in identifying editions. Summary: A detailed portrait of the buildings, the landmarks and the scenery covering every parish of the old county of Westmorland, published to mark the incorporation of the county into Cumbria. Parishes covered include:'Ambleside','Appleby','Arnside','Ashby','Askham','Bampton','Barbon','Barton','Beetham','Bolton','Bowness on Windermere','Brough','Brougham','Brough Sowerby','Burton','Casterton','Cliburn','Clifton','Colby','Crackenthorpe','Crook','Crosby Garrett','Crosby Ravensworth','Crosthwaite and Lyth','Dalton','Dillicar','Docker','Dufton','Fawcett Forest','Firbank','Grasmere','Grayrigg','Great Strickland','Hartley','Helsington','Heversham','Hillbeck','Hincaster','Hoff','Holme','Hugill','Hutton Roof','Kaber','Kendal','Kentmere','Killington','King's Meaburn','Kirkby Lonsdale','Kirkby Stephen','Kirkby Thore','Lambrigg','Langdales','Levens','Little Strickland','Long Marton','Longsleddale','Lowther','Lupton','Mallerstang','Mansergh','Martindale','Meathop and Ulpha','Middleton','Millburn','Milnthorpe','Morland','Murton','Musgrave','Nateby','Natland','Nether Staveley','Newbiggin','Newby','New Hutton','Old Hutton','Ormside','Orton','Over Staveley','Patterdale','Patton','Preston Patrick','Preston Richard','Ravenstonedale','Rydal and Loughrigg','Scalthwaiterigg','Sedgwick','Shap','Shap Rural','Sleagill','Sockbridge and Tirril','Soulby','Stainmore','Stainton','Strickland Ketel','Strickland Roger','Tebay','Temple Sowerby','Thrimby','Troutbeck','Underbarrow and Bradleyfield','Waitby','Warcop','Wharton','Whinfell','Whitwell and Selside','Windermere','Winton','Witherslack' and'Yanwath and Eamont Bridge'. The item "Westmorland Heritage by Alfred Wainwright, Signed First Edition with Dust Jacket" is in sale since Monday, March 21, 2016. This item is in the category "Books, Comics & Magazines\Antiquarian & Collectable". The seller is "kirkland_books" and is located in Kendal. This item can be shipped to United Kingdom, to United States, to Japan, to Australia, to Germany, to France, to Italy.